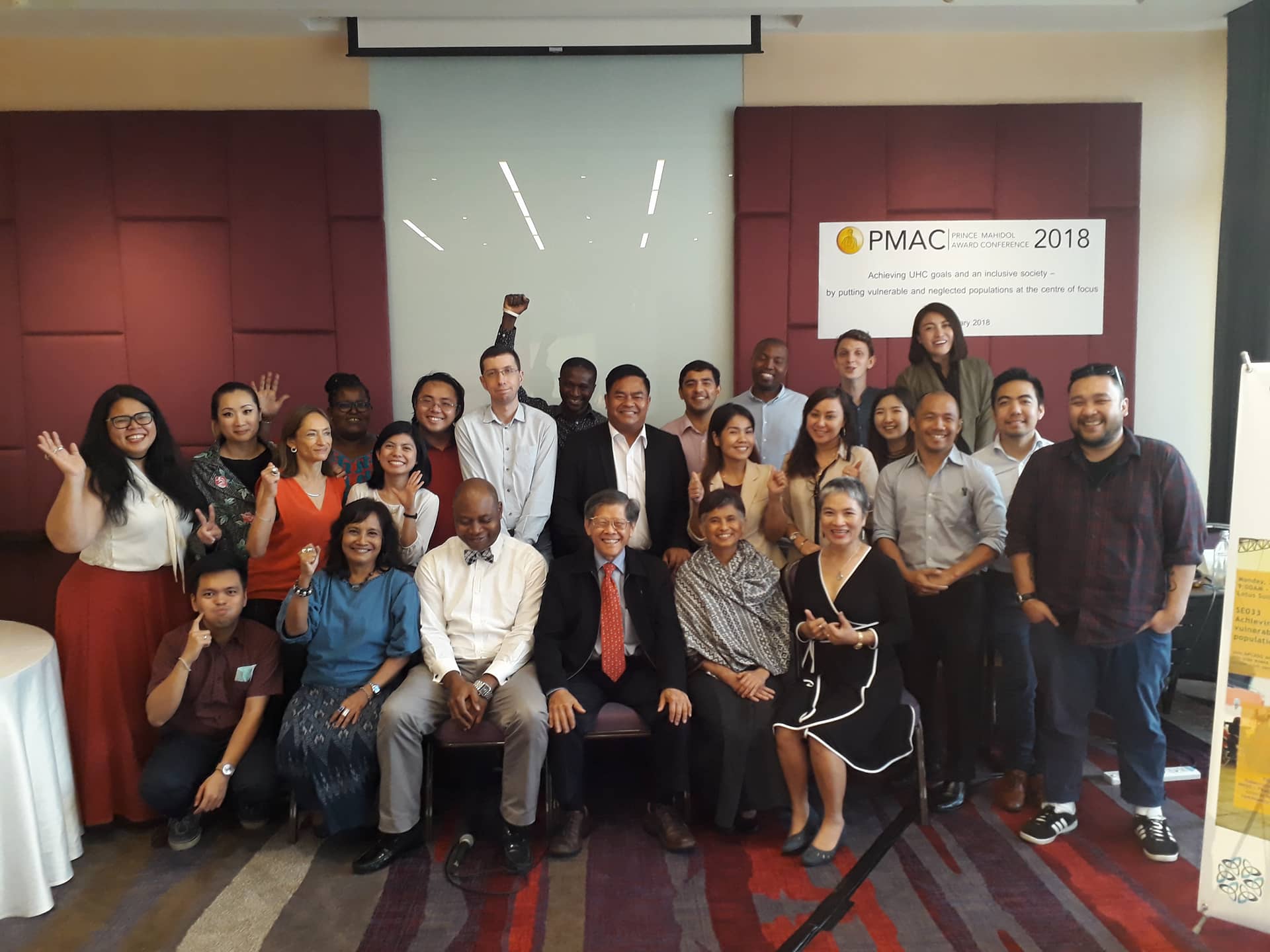 29 January 2018, Bangkok – APCASO and the Global Fund Community, Rights, and Gender (CRG) Department have organized a follow-up to their UHC convening last year, this time again in the sidelines of the 2018 Prince Mahidol Award Conference (PMAC). Titled “Achieving UHC Goals and an Inclusive Society by Putting Vulnerable and Neglected Populations at the Centre”, this event brought together key population networks, representatives of marginalized and excluded communities in and beyond TB, HIV and malaria, technical partners, and representatives from the government. The event expanded civil society coalitions engaging in the public discourse on universal health coverage and facilitated cross-sectoral strategising towards an inclusive and people-centered UHC.

Universal Health Coverage, or UHC, is not a new concept having been mentioned in various UN declarations prior to the Sustainable Development Goals (SDGs). This has been carried through in the era of SDGs, with UHC having its own SDG target 3.8. The challenge for governments now is how to ensure populations who are most vulnerable and most neglected are included and prioritized. In the side event, two panels stimulated discussions: the first panel provided a space for multistakeholder dialogue among policy makers, technical partners, and civil society around person-centered approaches to UHC. The second panel had FOPDEV (representing older populations), HomeNet (representing informal sector), People’s Empowerment Foundation (representing urban poor), and APCOM (representing men who have sex with men). This panel shared some of the challenges and learning from their experience on increasing their engagement in the UHC advocacy in the country. For the first time, some of the neglected populations have been invited in a space along with HIV, TB, and malaria groups towards expanding the coalition on UHC advocacy. Building a political momentum around the UHC has been highlighted as a crucial element in expanding this movement. 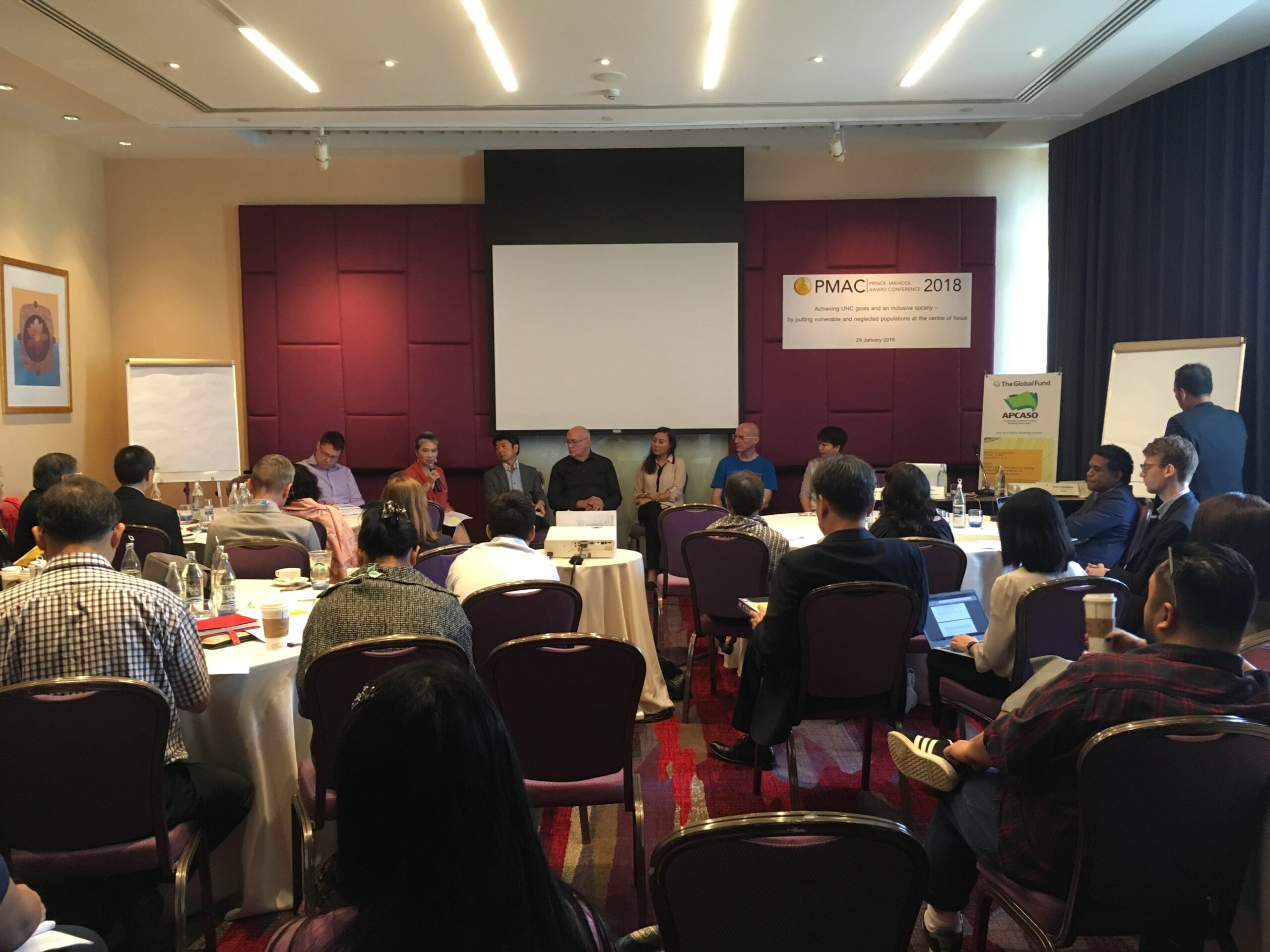 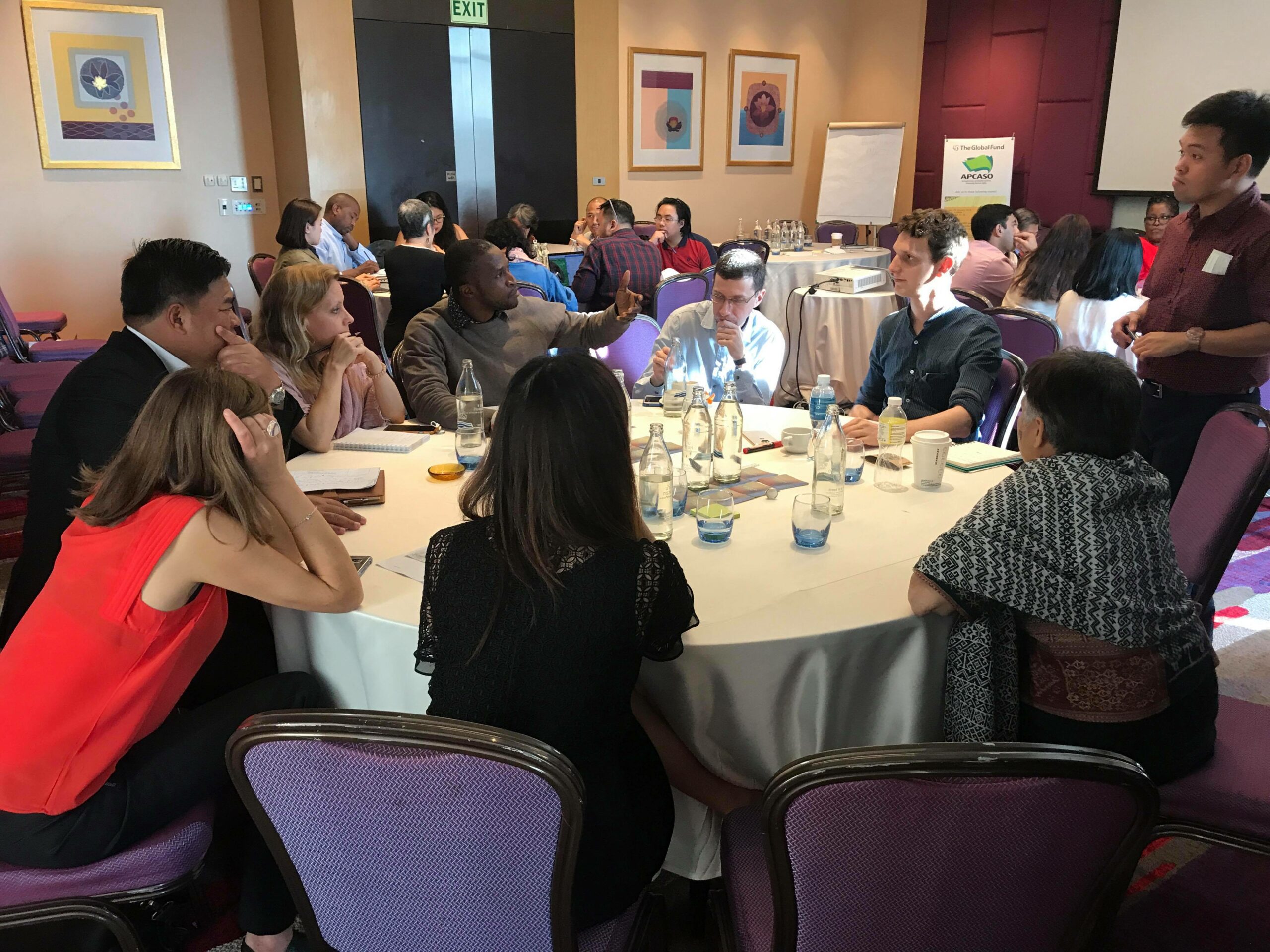 A workshop proceeded in the afternoon focusing on three common issues: (a) mobilization and building of the coalition, including broadening inter-movement building and cross-learning; (b) advocacy and inclusion of community responses as part of UHC; and (c) increasing engagement in accountability. In these three groups, two main questions were raised: how do we work together to ensure increased participation of the most neglected populations in the UHC; and what mechanisms should be in place to enable these partnerships. Participants in the groups agreed on the need to build coalitions through existing and finding innovative ways of reaching other marginalized populations, localizing UHC in a language that communities will understand, and engagement with partners such as the media and non-traditional stakeholders in making sure that community engagement in the UHC and community inclusion are measured and monitored. Khuat Thi Hai Oanh, Chair of the APCASO Council of Representatives, Executive Director of SCDI in Vietnam, and also the developing countries civil society alternate representative to the UHC 2030 Civil Society Engagement Mechanism (CSEM) took note of these proposals and committed to explore whether these activities could be part of the CSEM work for 2018. APCASO and The Global CRG Team also looked forward to follow-up engagements as part of the continuing advocacy on UHC. APCASO will convene a follow-up regional meeting on UHC in April to take the discussions forward, including developing action plans to operationalise UHC civil society mobilisation at the country level.