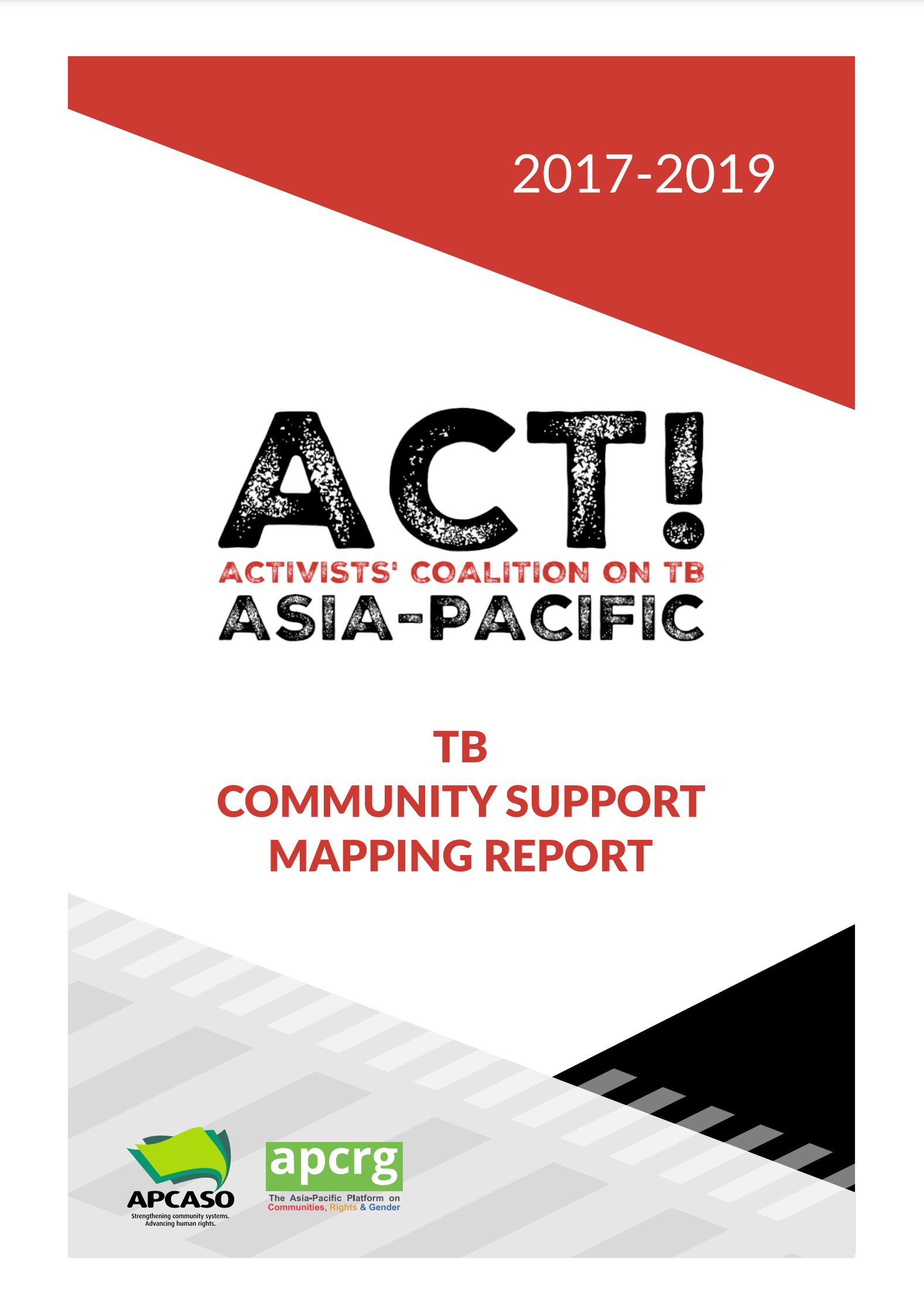 Download
In Asia and the Pacific, the Activists Coalition on TB – Asia Pacific (ACT! AP) has been in the forefront in building the capacity of civil society organizations and TB-affected communities towards meaningful community engagement in the TB response, and in advocating governments towards a coordinated and well-funded TB response. Since its inception in 2016, the coalition and its members have worked with various civil society, TB-affected communities and TB survivors, and technical partners and national governments. However, there has not been an exercise that captured the breadth of reach of ACT! AP’s work at the country level, primarily in terms of engaging and building the capacity of TB-affected and TB survivor groups.

Thus, this exercise aims to map out the reach and kinds of support that ACT! AP members have provided in the countries in Asia and the Pacific. Specifically, this survey aims to:

Using a simplified Community Strengthening Systems Framework and employing a short online survey, this report hopes to build a case on the contribution of ACT! AP in the national and regional TB responses, particularly with regards to community mobilization and engagement. This will provide insight into the extent of the work that ACT! AP had conducted in reaching out to country and local level partners since its inception in 2016.

From the 16 respondents belonging to an ACT! AP member organization who responded to the survey, and by reviewing secondary sources, some key findings were observed: 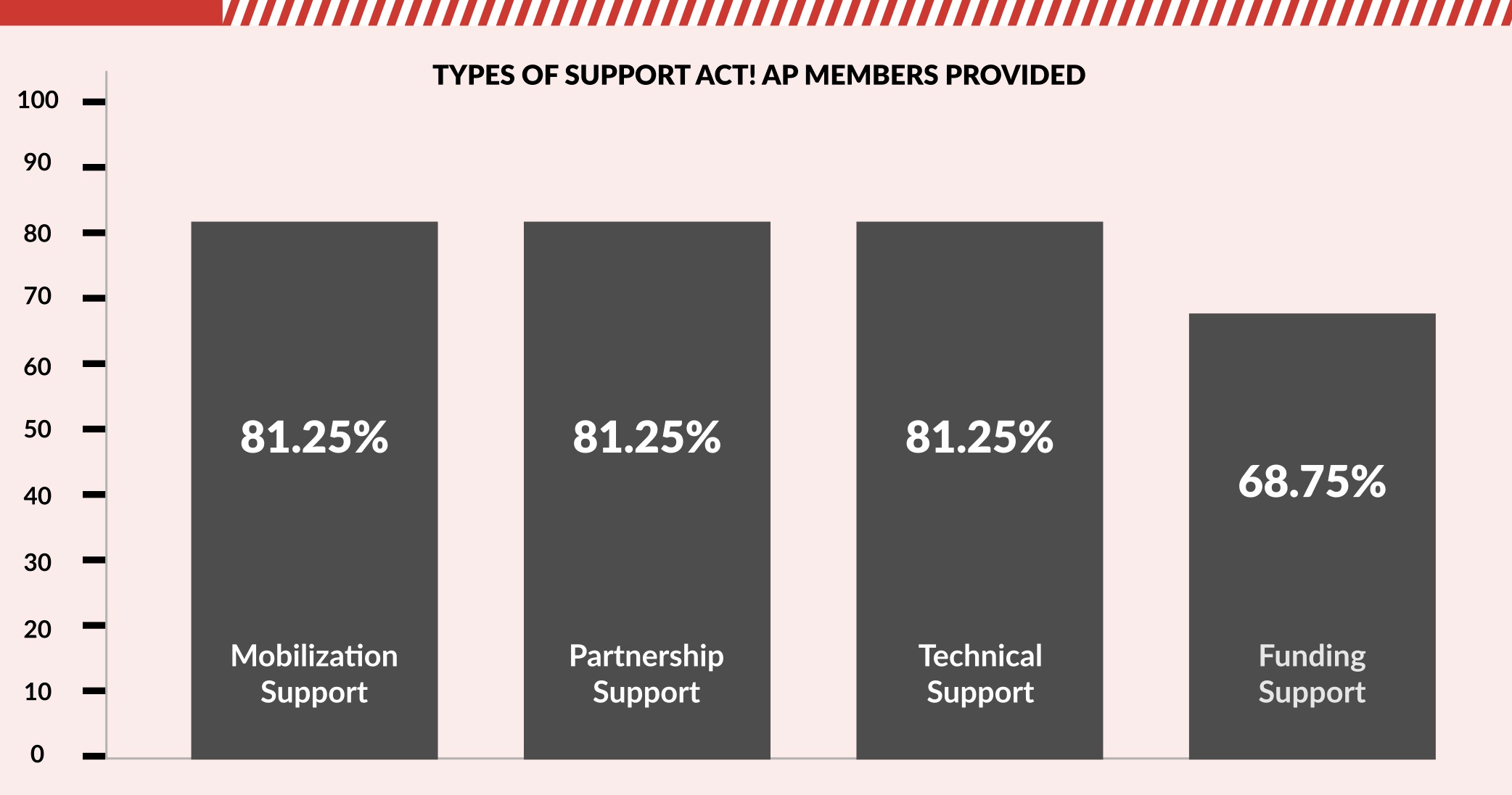 However, for these various efforts by civil society organizations and TB-affected communities to be sustained, significant amount of support and approaches are still needed. ACT! AP members who participated the survey recommended a number of ways that will sustain their work at the country and regional level:
Download the ACT! AP TB Community Support Mapping Report here