Lessons from the Community Advocacy Initiative 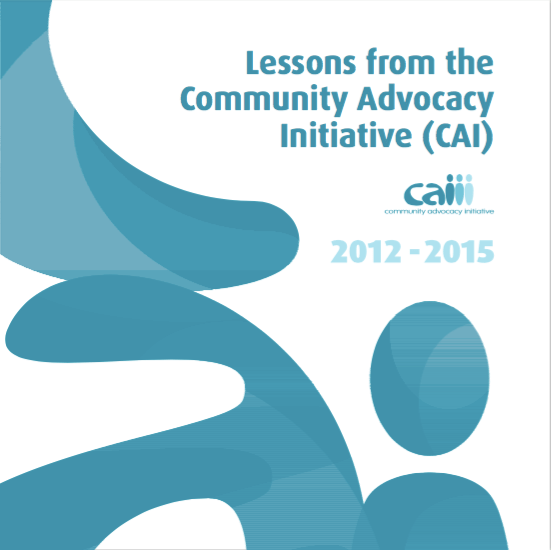 This report cites the timeliness of capacity-building initiatives in the areas of HIV financing and advocacy based on the Investment Framework. It notes ‘step changes’ for CSOs in CAI areas that support increasing investment on in-country HIV responses:

The report also emphasises on the ‘side benefits’ from the initiative, especially in the improved capacity to engage in the Global Fund’s new funding model and in national domestic health financing processes.