High-level Meeting on Universal Health Coverage – A Promise of Universal Access to Health for All? 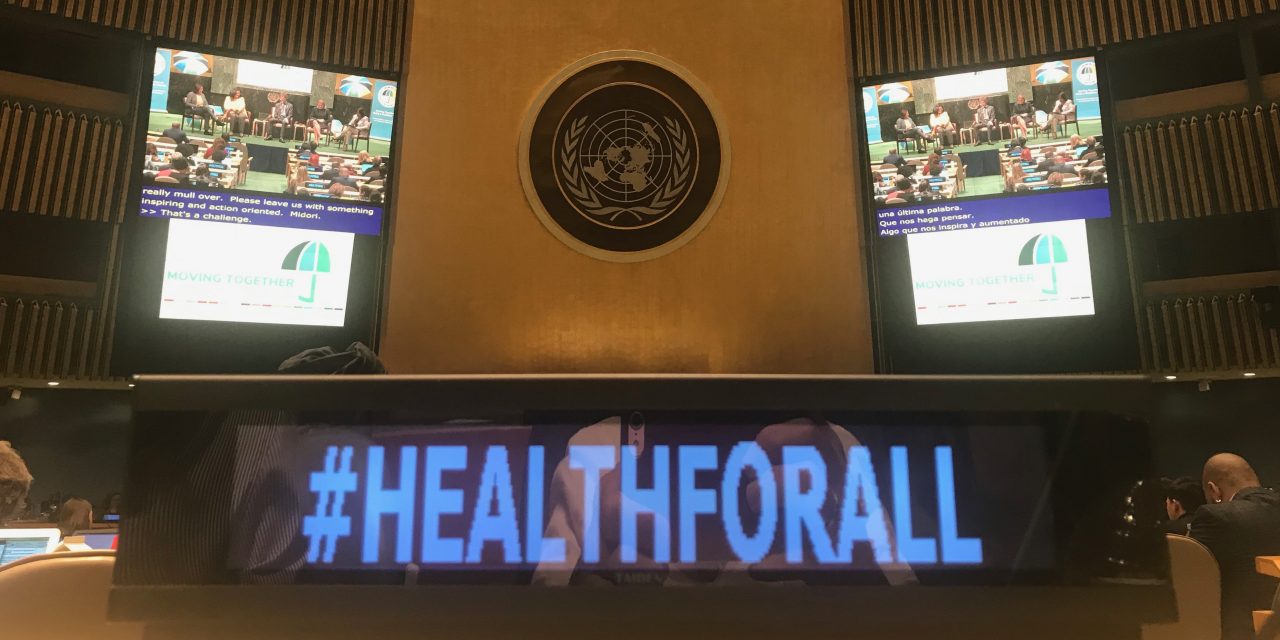 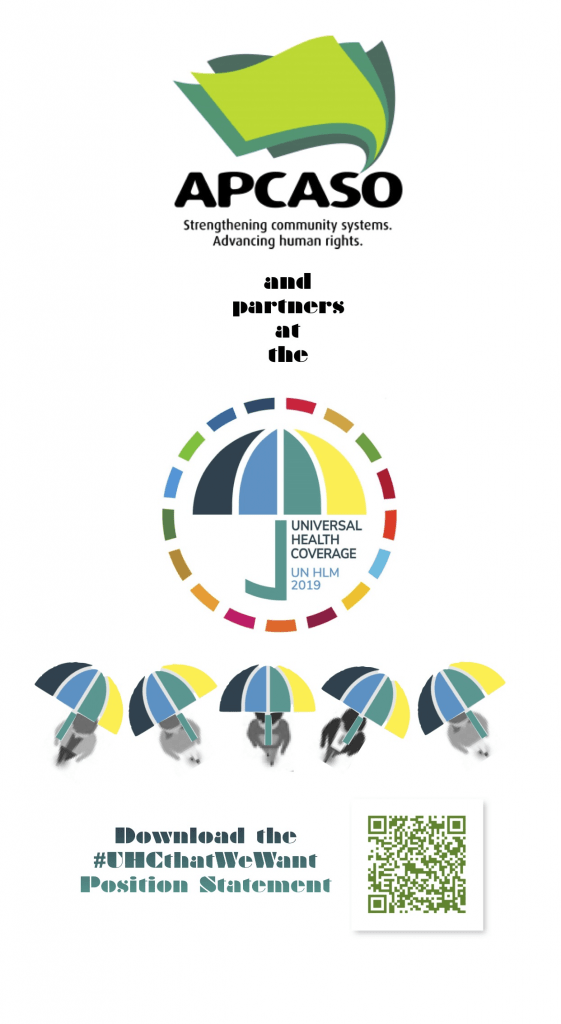 As the dusk settled in New York after the United Nations General Assembly took place in late September, the world enters in its final decade before the Sustainable Development Goals is expected to be realized. Among these goals is SDG 3, particularly 3.8 that commits to:

As such, the UN High Level Meeting (HLM) on UHC was held along with other equally important High-Level Meeting that week, with the Climate Action Summit and the High-Level Forum on Financing for Development taking place that same week.

Admittedly, the framing of the Political Declaration revolves around the SDG target, but also intends to provide a comprehensive answer to health-related issues, and hence to put an end to the procession of health-related HLMs. Since the UN General Assembly Special Session on AIDS in 2001, Member States and other actors realized the power in leveraging a High-Level political process to demand political leadership, to call for increased international cooperation and funding, and to mobilize communities to ensure that there is accountability in these processes. While the AIDS epidemic continues to be a highly relevant agenda until today (essentially given the increasing and resurging epidemics in some countries, especially in Asia and the Pacific), countries and stakeholders have seen the importance of such platforms, especially with the emergence of new infectious diseases such as Ebola (with the High-Level Meeting on Ebola taking place on 2014), the increasing threat of antimicrobial resistance, and the growing epidemic of non-communicable diseases. Member States turn towards UHC, as a compromise and as a way to consolidate these various health issues.

This consolidation of global health issues can also be perceived as an attempt to strengthen national health systems to prepare for impending threats, with the changing environmental climate and volatile political systems that threaten people’s access to health services. What is dangerous in this assumption, however, is the belief that national health threats will remain to be the onus of national governments, justified not only with the increasing wave of nationalism in many countries and anti-foreign ideological influence, but also the pressure towards self-reliance with the decreasing multilateral funding as countries turn inward to address its needs. Thus, in the Political Declaration on UHC (link here) itself, we find provisions such as “reaffirm[ing] the importance of national ownership and the primary role and responsibility of governments at all levels to determine their own path towards achieving universal health coverage, in accordance with national contexts and priorities […]”.

This needs to be contextualized further, such that while countries develop their respective, context-based UHC schemes, it is not dismissive of the many international commitments on health and development, including the recent political commitments made at Astana on primary healthcare, at the ICPD and at Beijing+20. Political autonomy, particularly in the design of what will be contextually palatable and acceptable at the country level, is appreciated here, given that the real “fight” on UHC should take place at the national level. However, without minimum standards set from a global political declaration as agreed collectively by Member States, it will be difficult to gauge whether countries are progressing – or regressing – from their commitments. This is particularly relevant in countries where the real battle around UHC means reaching the furthest behind first (mention para in the final Political Declaration that mentioned “reaching the furthest behind first”), and some countries would choose to deny that some of populations exist due to its criminalized or citizenship status.

Another failure that many civil society organisations have emphasized in New York in the sidelines of the UHC was how health has not been recognized as a human right. In one of its provisions, the UHC Political Declaration states that UHC is an “investment in the human capital and social and economic development (para 7)”. In some ways, this framing on health as an economic investment may be problematic as it can interpreted as one that will contribute towards a strong and prepared health system with a tangible return on investment (ROI). However as most populations who are left furthest behind from health systems belong to segments that are criminalized and least prioritized, national governments can argue, under the pretense of national contexts and realities, that it is not worth investing in populations such as people living with HIV or TB, or even to sex workers or drug users due to their situation, status and lack of ROI.

This was where the entire negotiations around the texts on right to bodily integrity (which was later lost in the debate), the sexual and reproductive health and rights (SRHR), and the rights of refugees and migrants to be covered by national health schemes revolved. Unless we frame health as a human right; that is respecting, protecting, and fulfilling everyone’s right to choices and freedoms regardless of what they do and where they are – then we can only truly affirm that regardless of a population’s background, their health will be prioritized.

Similar to previous health-related HLMs, the engagement of key population communities and civil society towards an inclusive and responsive Political Declaration was also anticipated during the UHC HLM negotiations. An exemplary to this was the development of the #TheUHCThatWeWant statement, developed in 2017 by APCASO and GFAN AP, and was effectively utilized as an advocacy tool for almost a year leading up to the UHC HLM. However, with a multi-faceted HLM that begs an increased and multisectoral engagement from other community-based and civil society organisations working on health beyond HIV, TB, and malaria; the mobilization of a united voice among the civil society front has been difficult. This was mainly because of differences in understanding UHC; at the same time, it was observed that there were different expectations and asks that were being tabled. It was also observed that a level of fatigue in engaging in such high-level negotiations made it difficult to interact and lobby with country missions and facilitate a well-organised mobilization both in New York and at the country level.

Despite some missed opportunities, small wins need to be appreciated. These include a call to expand resource pooling to be allocated to health (para. 41); support to using TRIPS flexibilities towards better access to drugs (para 51); call a commitment towards better disaggregation of data (para 67); and a specific mention of people living with HIV as among those further behind that needs to be reached first (para 70).

What do we make of the Political Declaration then? In a session organized by APCASO in partnership with GFAN AP and GNP+, and co-sponsored by the Governments of France and Japan titled “Accountability & UHC: Mapping the Road towards #TheUHCThatWeWant,” a crucial roadmap by way of an accountability framework was identified as a missing piece in the implementation of the Political Declaration. In an era of multisectoral approaches towards accountability, it is important that civil society and key population communities keep its focus on the UHC targets, albeit its vagueness, to ensuring that the accountability framework on UHC remains a priority agenda in this post-HLM era. The oversight in the Declaration of limiting the role of civil society and communities in health governance is worrisome; however, if we civil societies and communities take advantage of this moment and salvage the ownership of the Declaration towards designing a mechanism that are based on the realities of the populations that we serve and represent, then perhaps our role in this multisectoral partnership will not and should not be ignored.  After all, to be truly universal, health coverage, or health access – to expand it more broadly – must always include the needs and priorities of those who are furthest behind, first.

You may access the political declaration here, and #TheUHCThatWeWant statement here.

Mental Health Issues of Activists: A Silent (but Growing) Concern 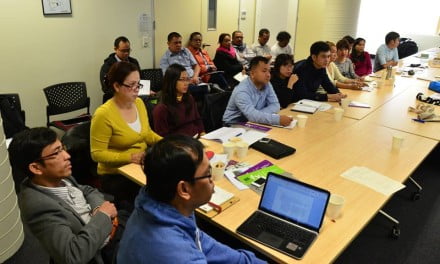