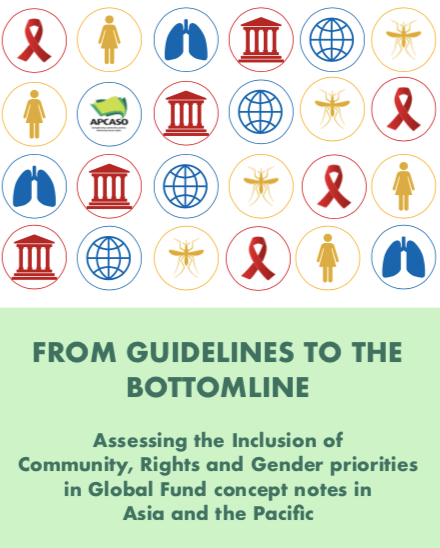 This report was commissioned by APCASO in its capacity as the Asia-Pacific Platform on Community, Rights and Gender. The project was developed with funding support from the UNAIDS Technical Support Facility (TSF) Asia-Pacific.

This report was conducted as part of Global Fund’s Community, Rights and Gender (CRG) Special Initiative – to assess the extent to which CRG priorities have been incorporated into requests for Global Fund grants and how they might be better included in future funding rounds. It examines HIV, malaria, and TB funding requests for the period between 2014-2017 from seven Asia-Pacific countries and one regional malaria grant for the Greater Mekong Subregion.