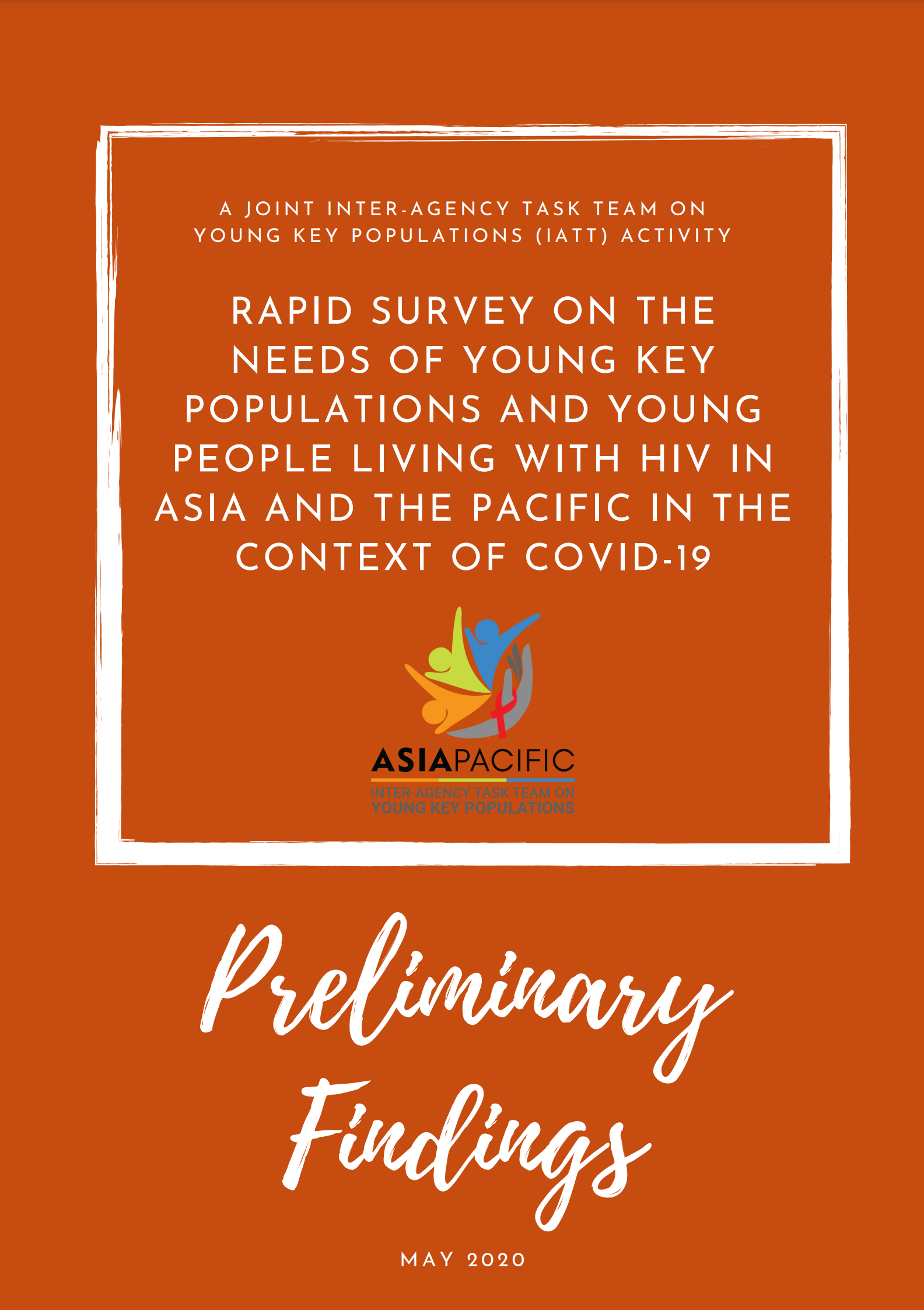 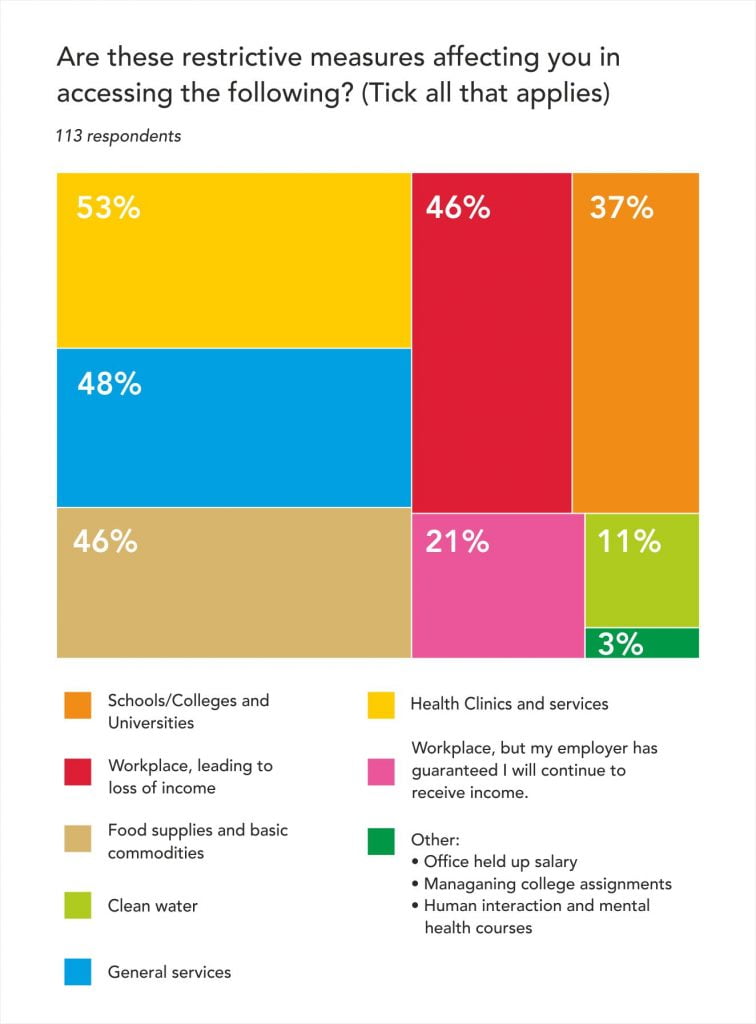 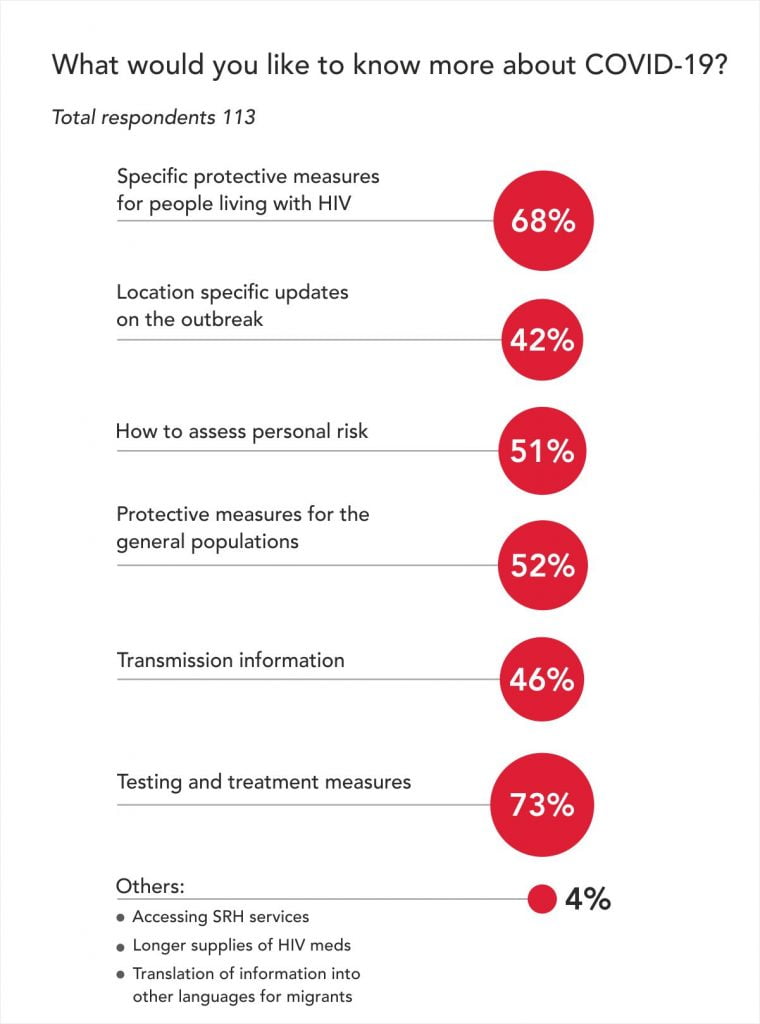 As expected, social media is the most popular source of information young people use to keep themselves updated about COVID-19 (82%), followed by local and national TV (68%) and global WHO website (61%).

Among young people living with HIV who are on ARV treatment, more than 64% are concerned about the exposure to COVID-19, while 50% have identified distance to ARV clinics and lockdowns (48%) as challenges in getting ARVs. 19% have identified that they are concerned about stockouts. The following graph shows in detail what are the main challenges for young people living with HIV to get ARV treatment during the COVID-19 pandemic. 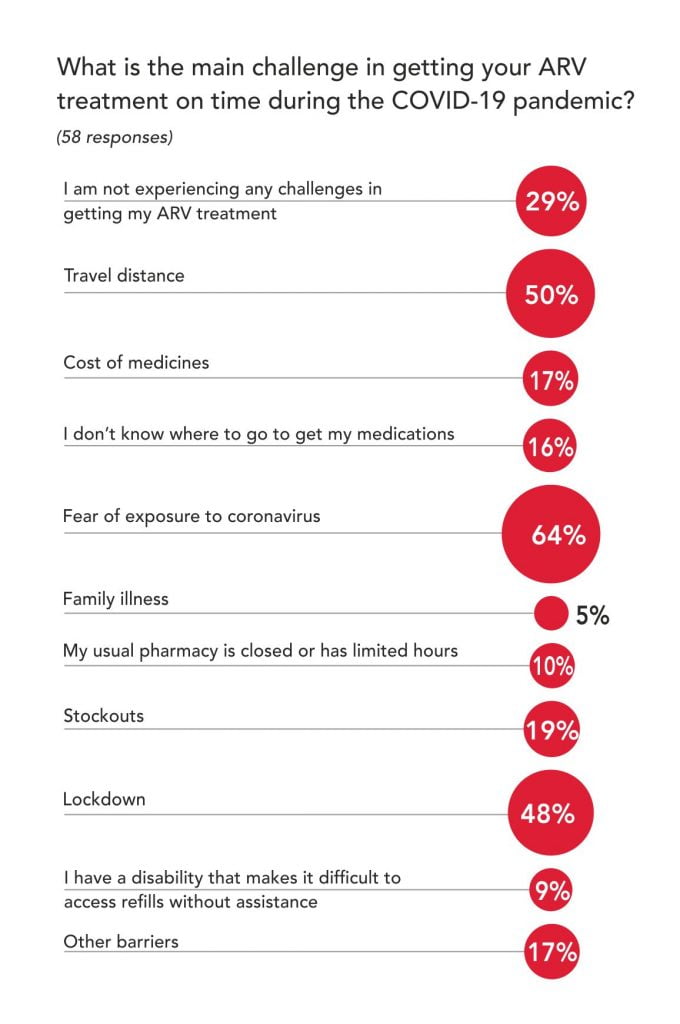 70% of young people living with HIV think that a way to get to the medications safely is crucial to adhere to HIV treatment during the crisis. 50% consider that counseling for anxiety and depression is also key to maintain adherence. The following graph shows which services are considered critical by young key populations and people living with HIV during the COVID-19 outbreak. 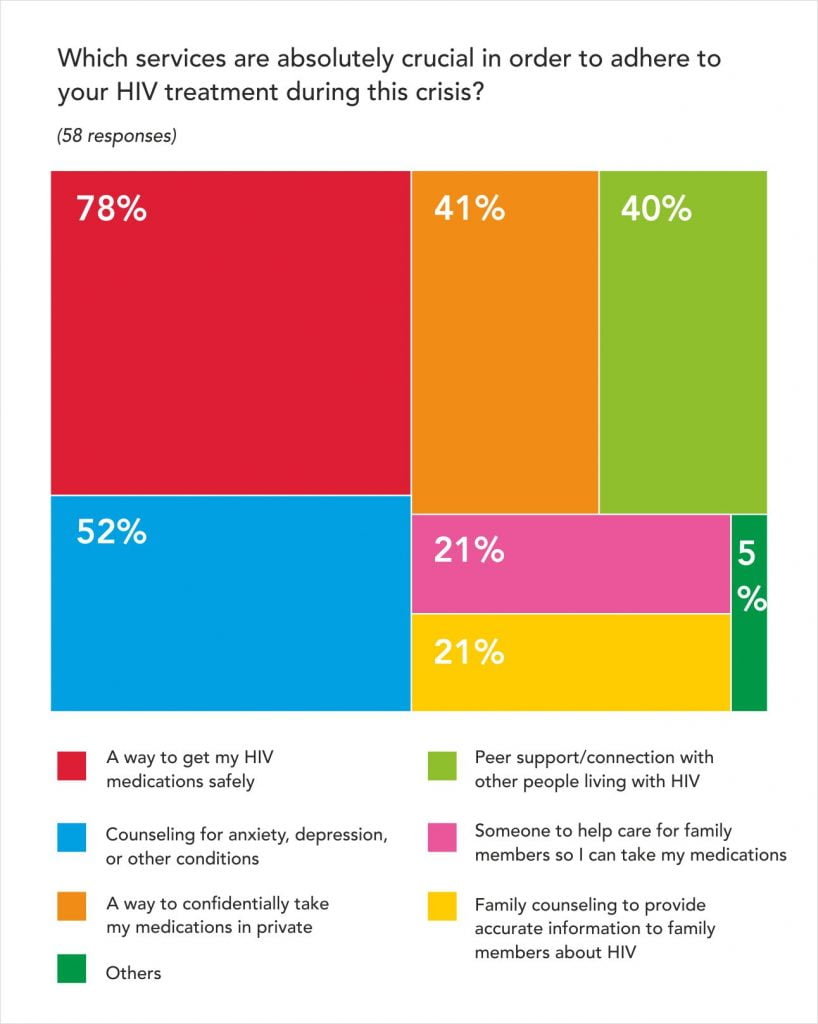 This is part of a series of blogs that analyze the results of the survey “Assessing the needs of young key populations during COVID-19 outbreak in Asia and the Pacific”. Further specific recommendations will be on mental health, psychosocial support and YKP-led initiatives. Through its members the IATT on YKP is using these findings to advocate for a strengthened response to COVID-19 in Asia and the Pacific. Youth LEAD has recently created the YKP COVID-19 Emergency Relief Fund with the support of the Robert Carr Fund drawing upon the preliminary results of the survey.