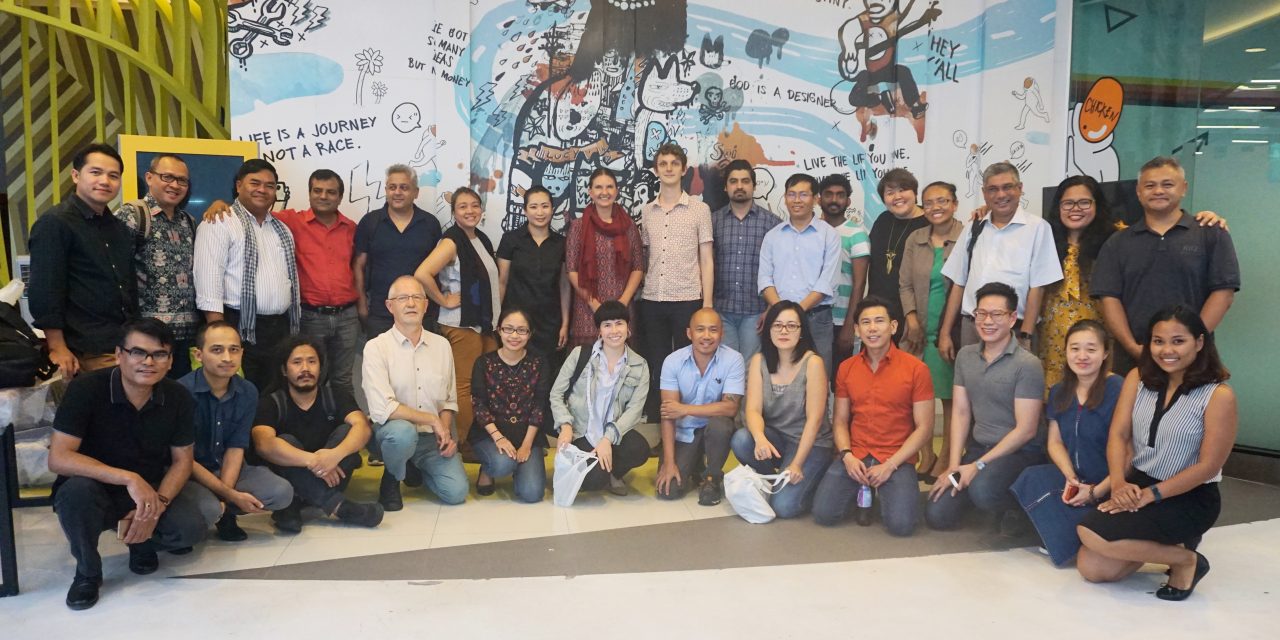 Bangkok, 16 April – APCASO held on April 2-3 its 2018 Partners meeting as the platform host of the Asia Pacific Community, Rights, and Gender (APCRG) Platform for 2018-2020. Gathering 40 regional and country-level civil society and key population networks and community organizations working with and for TB, HIV, and malaria from eight countries in Asia-Pacific, the meeting aimed at re-launching APCRG and using the two-day meeting to consult with partners in enhancing access to Global Fund (GF), Community, Rights, and Gender (CRG), and other related information.

Apart from the general introduction and sharing of the progress of APCRG for the past three years, the two-day meeting also focused on two key areas considered relevant in the region: stigma and harm reduction. “These two topics were, in consultation with our partners in the region, considered to be the most relevant and most needed. These are not new topics but the APCRG thought of using this meeting to follow-up on some of the ongoing efforts on stigma and harm reduction in the region,” APCASO Deputy Director and APCRG Platform Manager Jennifer Ho shares. As discussed at the meeting, stigma continues to hamper key and vulnerable populations to TB, HIV, and malaria from accessing much-needed services. Because of the difficulty to provide these services from person-centered, human rights-based approaches, many of these populations continue to be left out of care. “Stigma and discrimination must be central into the CRG framework if we want to make sure that we leave no one behind. I believe that the APCRG is in the right position to discuss and unpack this issue as it impacts not only HIV, but also TB and malaria responses,” says Martin Choo, General Manager of Kuala Lumpur AIDS Support Services Society (KLASS).

“Stigma and discrimination must be central into the CRG framework if we want to make sure that we leave no one behind.”

A special session on harm reduction was also conducted on the second day in partnership with the Asia Pacific Network of People who Use Drugs (ANPUD). The session gave participants awareness and understanding of the drug use situation in Asia, as well as a space to share experiences on initiatives and strategies to address drug-related issues, particularly towards a renewed push for human rights-based drug policies and harm reduction programming in the region. 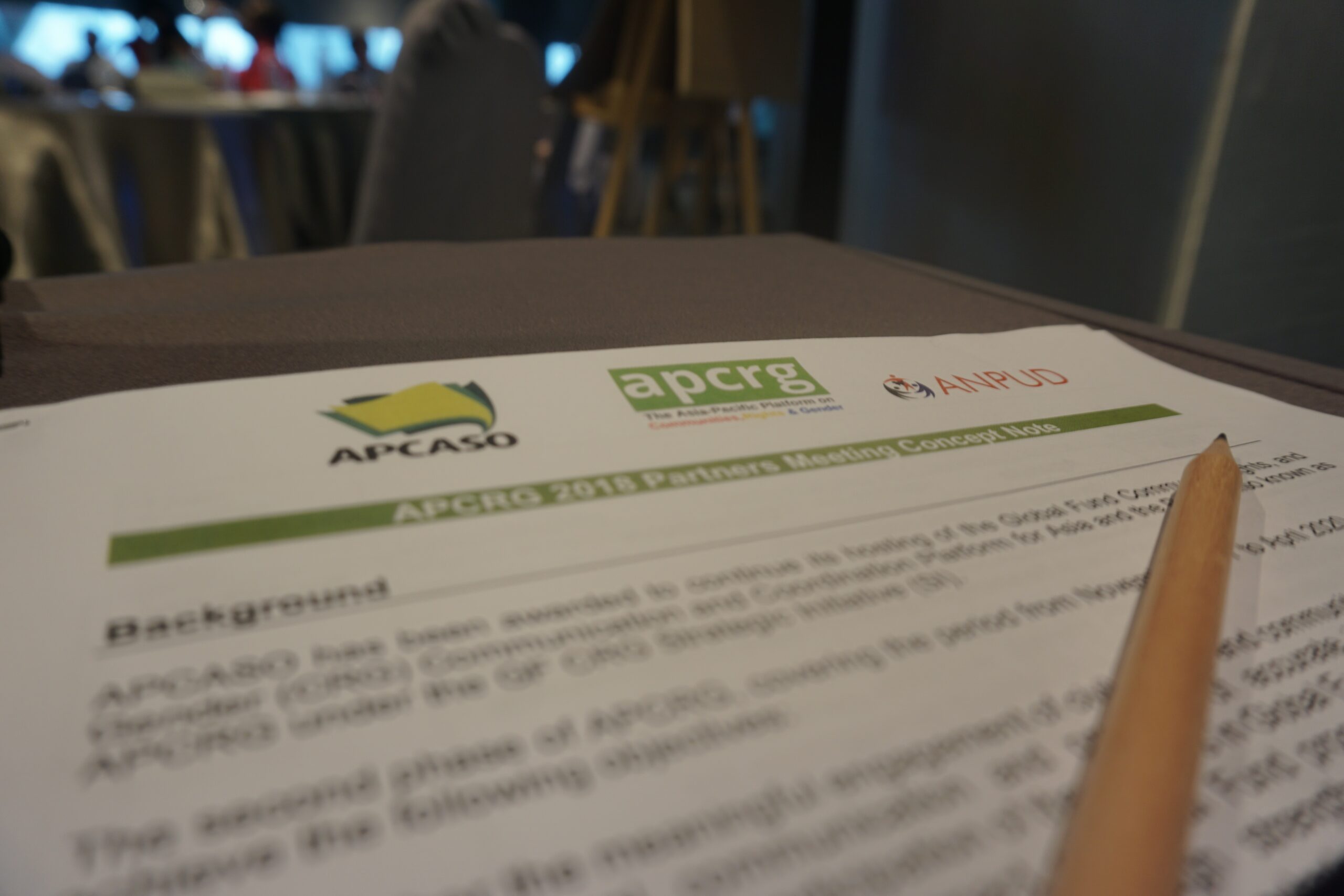 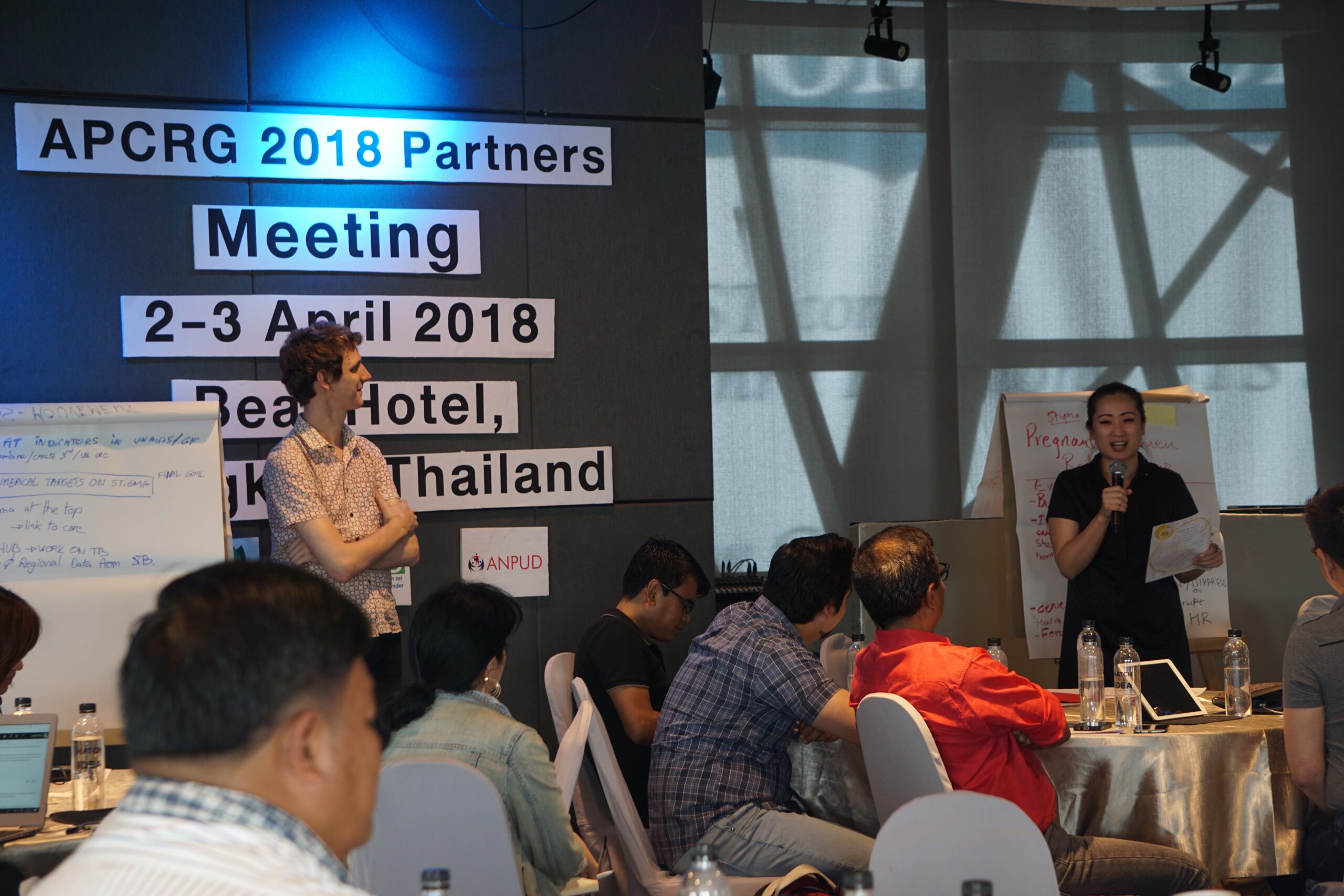 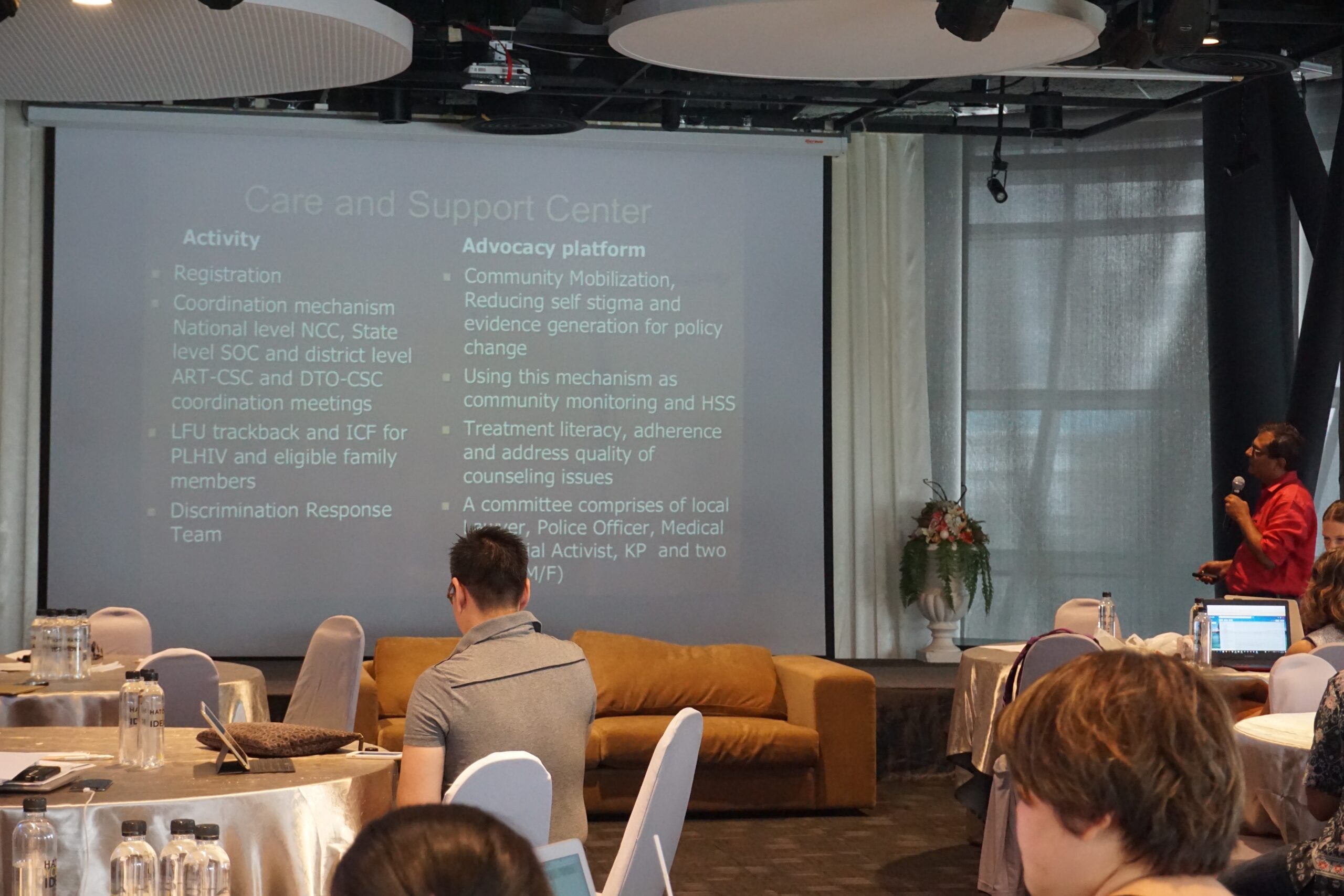 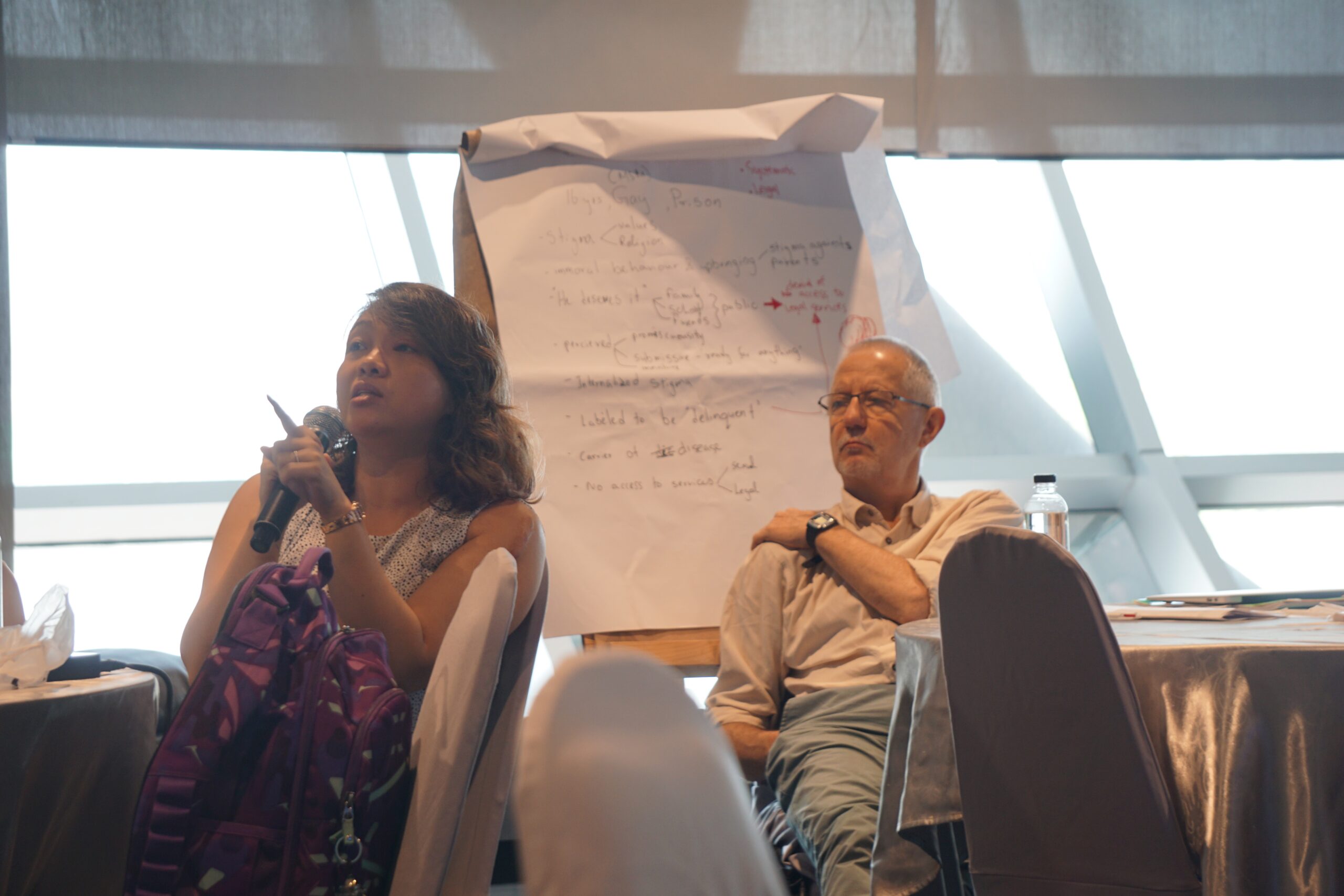 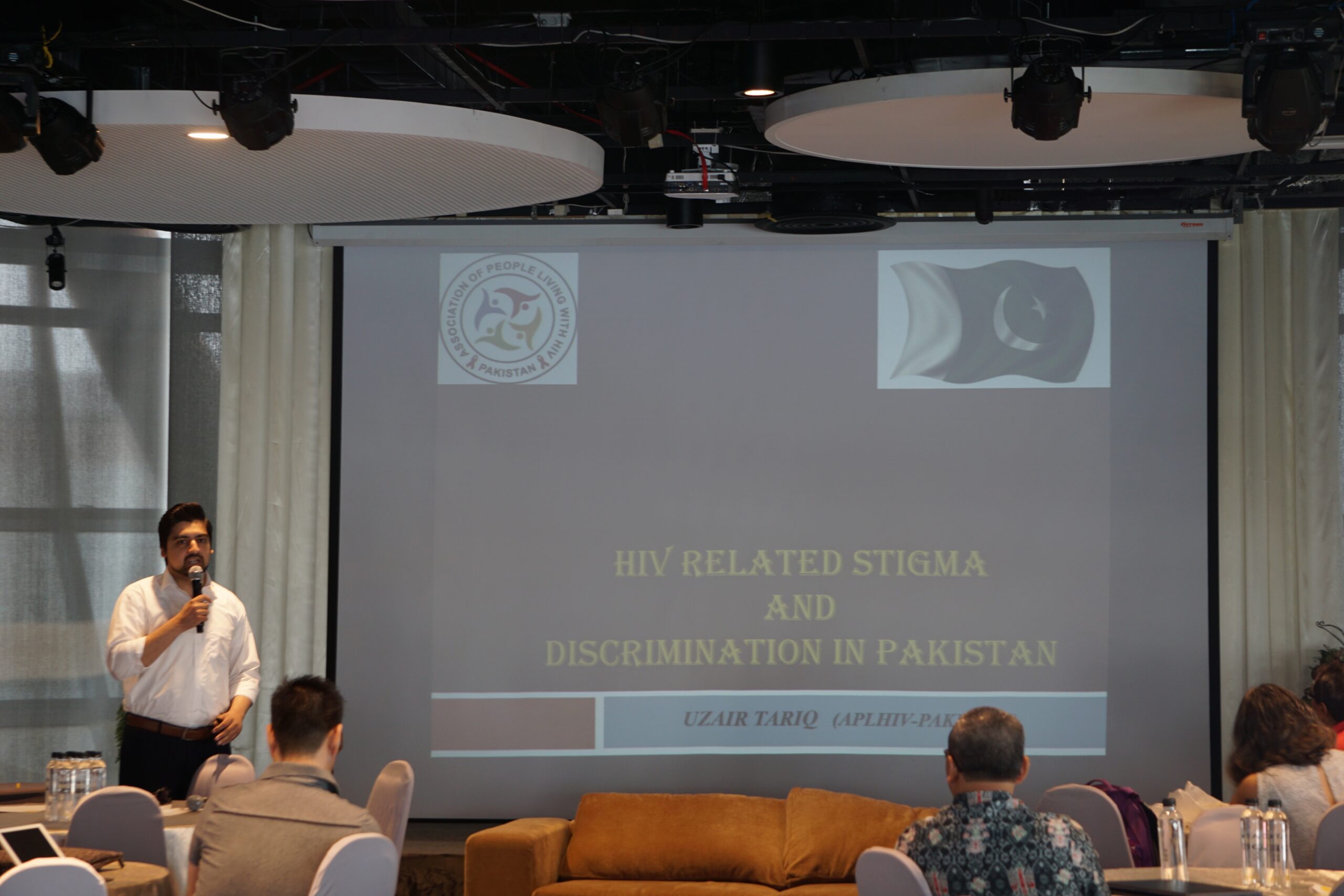 Throughout the two days, the meeting used a number of workshops and small groups to allow participants to have more intimate conversations around APCRG coordination and communication, stigma, and harm reduction. A list of suggested CRG information that partners expect from the APCRG, as well as proposed channels in ensuring that the information reach a wider audience were discussed and shared by the groups. Among those listed were translation issues as well as adaptation and level of information being shared from the Global Fund Board around CCM policies and country eligibilities. Concrete suggestions on sharing gender and legal assessment tools as part of addressing stigma and harm reduction were also made.

APCASO looks forward to working with its civil society and community partners in the coming months to make sure that it incorporates the suggestions that transpired from the two-day meeting in its ongoing work. 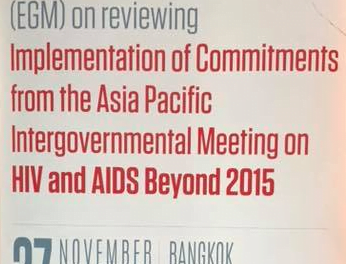 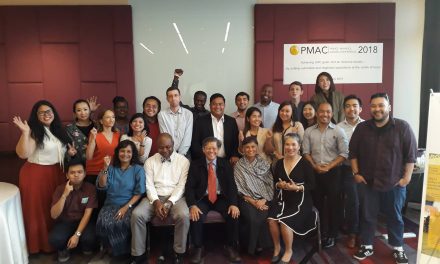 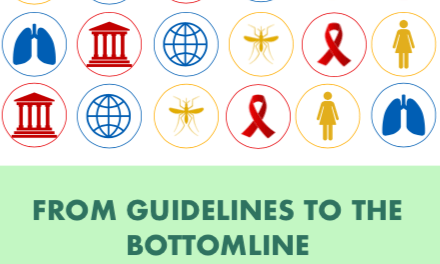 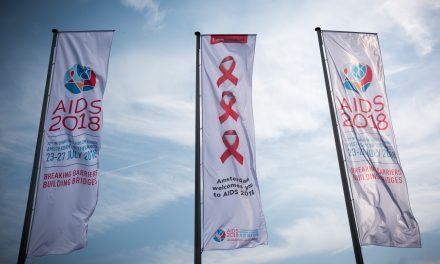