A UHC That Leaves No One Behind

In what seems to be the High-Level Meeting (HLM) that will end the parade of disease-focused HLMs of the United Nations General Assembly, all roads lead to the Multistakeholder Hearing on April 29 in preparation for the HLM on Universal Health Coverage (UHC) to take place in September 2019 in New York City.

Historically, the UN is not foreign to such hearings led by civil society and other relevant partners, having had civil society-led meetings as requested from the UN in the early 2000s. Its introduction as an official part of a UN HLM processes, however, has provided opportunities for communities and most marginalized populations to register their voices and perspectives in such a high-level space. There is of course, a tendency for such process to be rather a check-in-a-box rather than remarkable; with the issues of varying degrees and proportions moving from HIV to NCD to AMR to TB to Ebola, it may be easy for technocrats and those who traverse the hallowed halls of the United Nations Secretariat on a daily basis to experience the fatigue of these multistakeholder hearings as “not another one of the same”.

And yet, for civil society organizations, affected, and key populations communities who advocate for UHC, the stakes remain indispensably high. 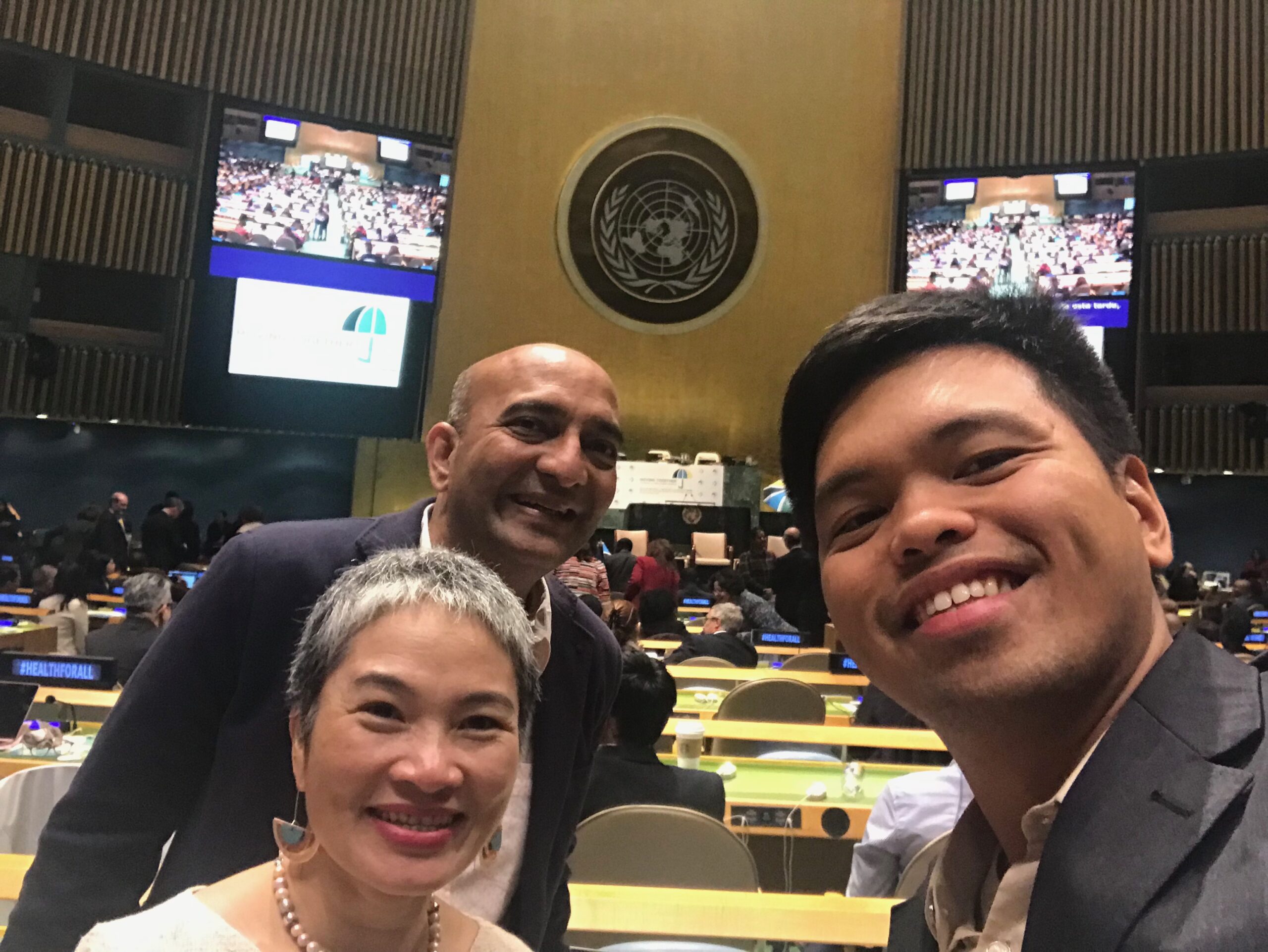 Some facts: in Asia Pacific alone, many interventions focused on specific key populations to HIV, some of whom are still criminalized in many countries in the region, might lose access to much-needed HIV prevention services due to the countries’ political movement towards conservatism, fundamentalism and closing civil society spaces; this, as we transition towards a scenario of external donors leaving the country. The lack of UHC systems in place will cost the region around USD573 billion worth of TB drugs alone, excluding drug resistance and other catastrophic costs. Without UHC for artemisinin resistant-Malaria, many populations at-risk of malaria in the Greater Mekong Subregion will die due to lack of access to treatment. While seemingly straightforward, the issue around UHC does not solely rest on access to drugs. UHC entails conversations around the capacity of systems for health (as opposed to health systems, which only deals with the formal health systems while excluding non-formal and community health systems) to bear such costs domestically; the issue of equity and practicality particularly in serving the most underserved and the most marginalized, including circumnavigating complex legal and policy landscapes; and the delivery of the essential and the comprehensive package of health services without delay to all populations.

But is a Political Declaration on UHC by September 2019 the answer? It may not, but it is a step towards the right direction. The HLM itself will level the ground with the hope of laser pointing towards clearer targets to achieve SDG 3.8 on “achieving universal health coverage, including financial risk protection, access to quality essential health-care services and access to safe, effective, quality, and affordable essential medicines for all.” If conjured rightfully through tedious negotiations, the Political Declaration will help concretize steps of the global unfinished business in ending the epidemics of HIV, tuberculosis, and malaria by 2030. It will not only reaffirm previous commitments, but increase the level of accountability that needs to be delivered as we move the Agenda 2030 forward. At the country level, this means governments reviewing their existing priorities in line with these Declarations as part of their broader commitments to the Sustainable Development Goals in 2015.

Guided by the “UHC That We Want” position statement, APCASO reiterates that for the UHC HLM to be effective, we need:

At the Hearing itself, it was observed that UHC means differently to different people in the room, but the message from civil society and affected communities was clear: health is a human right of all people regardless of background, and the collective participation of civil society and affected communities from different health advocacies is necessary so that we will have a more inclusive UHC: a UHC that leaves no one behind.