More than two decades since countries all over the world agreed to change global rules on intellectual property to grant exemptions for public health, new multilateral trade deals are poised to undermine existing flexibilities on patent protection, which have made medicines, diagnostics, and vaccines cheaper and accessible for many developing countries.

Countries that accede to these trade deals will have to reintroduce stringent patent rights policies that are bound to restrict access to affordable medicines.

Strict intellectual property protection is the norm under the rules of the World Trade Organisation. These rules are stipulated in Trade-related Intellectual Property Rights Agreement (TRIPS), to which countries joining the trade organisation are required to concur with. TRIPS was negotiated in 1994 during the Uruguay Round of the General Agreement on Tariffs and Trade.

The intellectual property rights that TRIPS protected meant that a patent holder of an inventions like medicines, for instance, have exclusive rights over their invention for at least 20 years such that no competitor can manufacture, produce, or sell the same invention without the consent of the patent owner.

Despite pharmacological improvements in HIV treatment, developing countries with high HIV prevalence suffered from HIV-related deaths due to the high cost of HIV medicines. Since the enforcement of TRIPS, activists for treatment access pushed pharmaceutical companies to lower the price of HIV medicines, to no avail, until an Indian company announced in 2001 that they can lower the price of life-saving HIV medicines to a dollar a day. This increased the momentum to address patent rights-related barriers to access to medicines.

Finally, during the 2001 Ministerial Meeting of the World Trade Organisation in Doha, governments adopted exemptions to TRIPS to allow countries to address public health crises like the HIV epidemic. Known as the DOHA Declaration, these flexibilities allow governments to get around patent rights policies to guarantee access to essential medicines.

The DOHA Declaration essentially states a government’s duty to protect public health supersedes the intellectual property rights of patent holders. The declaration gives governments several mechanisms that circumvent patent rights to have access to cheaper medicines, diagnostics, and vaccines, before and after these patents are given to inventors. These flexibilities include, among others:

Prior to the DOHA Declaration, being infected with HIV was a death sentence for many people. But from 2005 to 2014, with increased access to cheap HIV medicines, AIDS-related deaths started to go down. The cost of first-line HIV medicines was reduced to less than $100 a year in 2014, from $1000 a year in some developing countries and $10,000 in developed countries during the late 1990s.

Read the UNAIDS Report on the DOHA Declaration and TRIPS flexibilities.

Watch: Interview of Anand Grover, UN Special Rapporteur on Health, on TRIPS and access to medicines.

New trade deals and ‘TRIPS Plus’: TPP and RCEP

New regional and bilateral trade deals, however, are threatening the TRIPS flexibilities that the DOHA Declaration has introduced. These trade deals are called ‘TRIPS Plus’ free trade agreement because they are not just reviving the stringent copyright policies of TRIPS, they are introducing additional rules that favor patent holders.

Worse, TPP introduces stronger enforcement mechanisms: it allows for investors and patent holders to sue governments, and obtain expensive fines; governments are held accountable for acts that result in reduction in profits for investors and patent holders; and it doesn’t set any ceiling to royalties for voluntary license. While the TPP also grants governments public health exceptions like TRIPS, this clause doesn’t apply to the chapters that are relevant to intellectual property rights.

Another regional free trade agreement being negotiated by several Asia-Pacific countries is the Regional Comprehensive Economic Partnership (RCEP), which is being proposed among the ten members of the Association of Southeast Asian Nations or ASEAN (Brunei, Cambodia, Indonesia, Lao PDR, Malaysia, the Philippines, Singapore, Thailand, and Vietnam) and six other non-ASEAN countries, namely Australia, China, India, Japan, South Korea, and New Zealand.

Like TPP, RCEP lowers the patentability criteria in member countries and introduces ‘TRIPS Plus’ provisions that can limit access to cheap and quality medicines: patent term extension, which will delay the release of generics; data exclusivity for five years, which extends the monopoly of patent owners; and third party liability in enforcement, which can deter any competitor and its suppliers or vendors from using the invention through the TRIPS flexibilities.

The TRIPS flexibilities have contributed in lowering the price of medicines, diagnostics, and vaccines and have made the same more accessible, considering that many developing countries have not yet integrated these mechanisms into their intellectual property rights laws.. As global development priorities shift from the MDGs to the SDGs, new and ambitious targets are being set to guarantee health for all. In the context of the HIV epidemic, improvements in treatment and new community-centered strategies in HIV diagnosis and treatment have increased hope that the so-called ‘end of AIDS’ is an achievable goal.

A backslide from these goals and aspirations can take place if these trade deals are are enforced. In this crucial juncture where epidemics can be reversed and the health and well-being of peoples can be realized, governments need to protect the gains from TRIPS flexibilities and stand up in favor of public health, not patents.

Watch: Archive of the livestream video of the Johannesburg Dialogue organised by the UN High Level Panel on Access to Medicines.

Along with United Nations Development Programme (UNDP), the United Nations Economic and Social Commission for Asia and the Pacific (ESCAP) and the Joint United Nations Programme on HIV/AIDS (UNAIDS), and Asia Pacific Network of People Living with HIV (APN+), APCASO co-organised a “Regional Expert Consultation on Access to Affordable Medicines, Diagnostics, and Vaccines from Marh 14-17, 2016 in Bangkok, Thailand. The Consultation looked into the TRIPS flexibilities and the sustainability of access to affordable and quality medicines, diagnostics and vaccines in light new development goals and a new global strategy to ‘end AIDS.’ Participants in the consultation also intervened via video conference in the Johannesburg Dialogue organized by the UN High Level Panel on Access to Medicines to underscore barriers to access to medicines in the Asia-Pacific region. 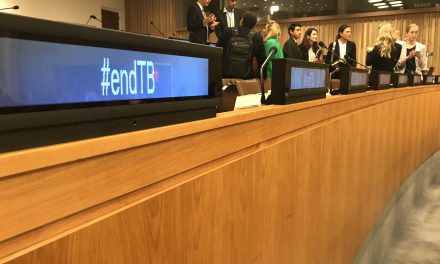 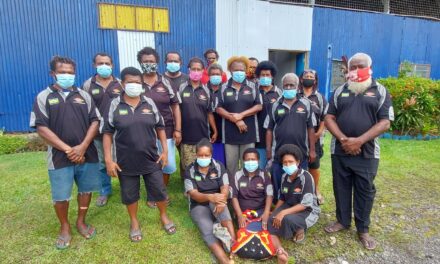 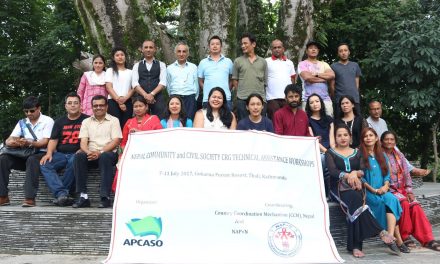 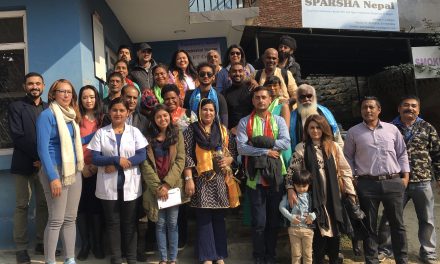